WASHINGTON, Kan. – Friends of the Kaw issued a statement Friday in response to the recent Keystone pipeline leak on the Kansas-Nebraska border.

Friends of the Kaw describes itself as a grassroots conservation group focused on protecting the Kansas River and advocating for the rehabilitation of water quality and wildlife habitat. The organization is thinking about the pipeline spill as it affects the Kansas River system.

The oil spilled into Mill Creek, which drains into the Little Blue River and the Big Blue River, where its waters are held in the Tuttle Creek Reservoir before moving into the Kansas River. The Friends of the Kaw report that the oil spill has completely flooded Mill Creek with oil.

We suspect that many fish and wildlife have been lost as this stream is home to large concentrations of birds, fish, eagles and other wildlife. This is of particular concern during the fall migration season. Fish and wildlife are important to Kansans because of the quality of life they bring to our state and the role they play in our native ecosystems.

Statement from friends of the Kaw 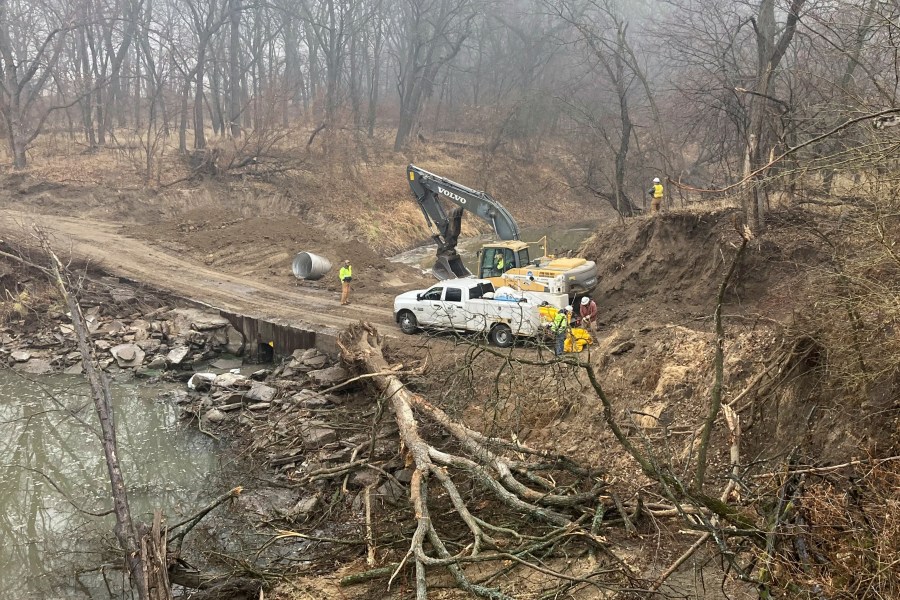 According to Friends of the Kaw, the Kansas Department of Health and Environment issued a warning for Mill Creek. KDHE and Environmental Protection Agency remediation crews were dispatched to the oil spill site and have taken steps to prevent the oil from migrating downstream.

Friends of the Kaw reports that more than 61,000 square miles of watershed in Kansas, southern Nebraska and eastern Colorado drain into the Kansas River, which is the source of water for more than 800,000 Kansans and a vital natural resource . This area includes the stream, rivers and reservoir potentially affected by the oil spill. Although the oil spill site is far from the Kansas River, it can show how connected people and places in the watershed are, according to Friends of the Kaw.

For the sake of the people and wildlife of Washington County and those living downstream who may be affected, we urge TC Energy to clean up the entire spill and take action on any subsequent impacts that may occur as a result of the their actions.

Statement from friends of the Kaw

The Kansas River originates at the junction of the Smoky Hill and Republican rivers near Junction City. The Kansas River runs 173 miles east to meet the Missouri River at Kaw Point in Kansas City.

According to the Associated Press, the oil spill is the largest from an onshore crude oil pipeline in nearly a decade and the largest in the history of the Keystone pipeline. The spill is estimated to be about 14,000 barrels, or 588,000 gallons.