(WJET/WFXP/YourErie.com) — It helps to have a little foresight: A family is visiting Erie and they take a trip to the Bicentennial Tower on the Bayfront. When they finish exploring the tower, they don’t immediately pack into their cars and get back on the interstate; instead, they walk to the Great Lakes Research and Education Center at the marina. Inside, they can see local fish in the aquarium’s tanks, take a tour of the facility, and learn about how Gannon University is working to protect Lake Erie’s water quality.

After they finish at the research and education center, the family walks a couple of blocks to the Gannon campus for a tour of the greenhouses that are growing native species to replace invasive plants on Presque Isle, and plants and vegetables for the Erie community .

Then they walk up to the I-HACK building, up to the sixth floor, where machinery hums and 3D printers create equipment that is used to test and clean up Lake Erie. Between the Bicentenary Tower and the three tours, maybe it’s lunch time and they stop at a local restaurant to eat. Then they head to Presque Isle State Park to enjoy a hike, or just a quiet afternoon on the beach.

It may seem like a far-fetched plan, but it’s already underway. Gannon University has signed a lease for the Historic Union Fish Company building. In two weeks, manufacturing will begin on the sixth floor of the I-HACK building. The university has signed a partnership with the Regional Science Consortium for the greenhouses, and these will be built in the spring when the ground thaws.

The plans have been in the works for about two years.

“This isn’t theoretical, it’s happening. Some of the dominoes had to fall before we announced the project,” said Dr. Walter Iwanenko, Gannon University’s provost and vice president for student experience.

The NePTWNE project (pronounced like the Roman god, Neptune, who reigned over the sea) is a $24 million project that will be completed in phases. The unconventional spelling is an acronym for “Nano and Polymer Technology for Water and Neural Networks in Erie.” The university follows the Neptune theme and has created a logo for the project featuring a trident. The trident represents a three-tiered goal for the project that aims to “measure, mitigate and manufacture.” Essentially, the university hopes the project will put it at the forefront of freshwater research and, with it, elevate the city of Erie and the region with it.

“Fresh water is such an important resource, especially because certain areas are losing fresh water around the world. We want to make sure we’re protecting the resource in our own backyard,” Iwanenko said. “This is an environmental sustainability program. We look forward to addressing water quality, climate change, economic development and the overall quality of life in Erie.”

Gannon is no stranger to the search for fresh water. The Environaut is a 47-foot research vessel owned by the university. Collect samples from Presque Isle Bay and compile the data to determine the health of the bay and monitor any developing trends.

“There are not many schools located on the water like us. This is a unique situation. We can be leaders in this field,” said Iwanenko. “With the water crisis happening in the world right now, more institutions are looking at water sustainability research. That’s good for all of us.” 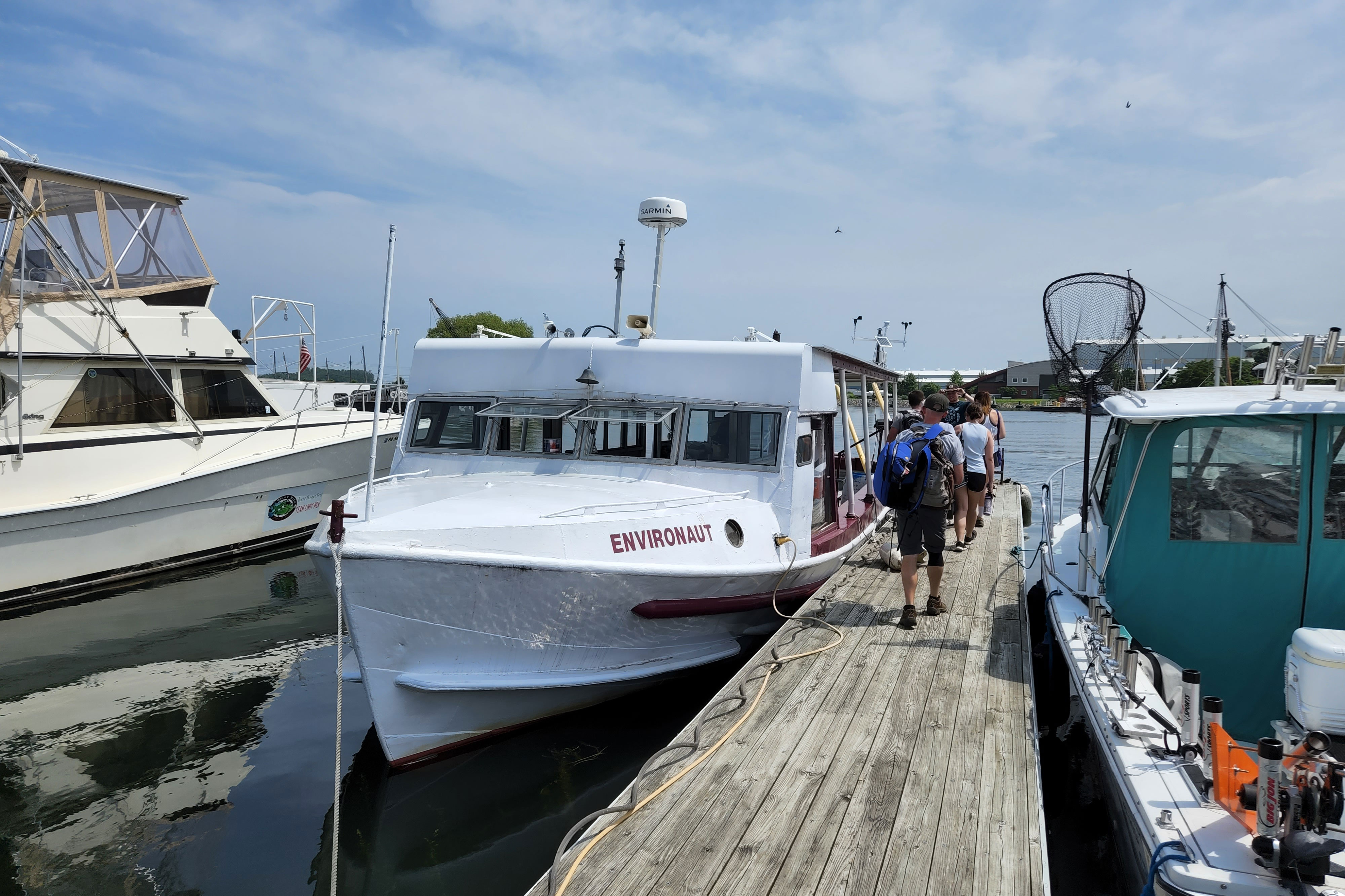 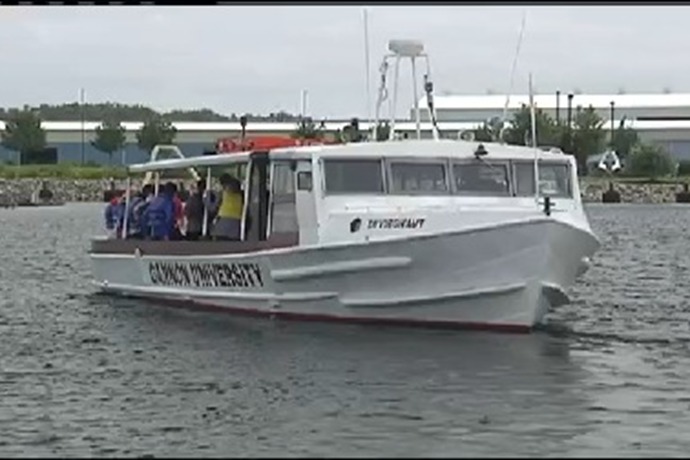 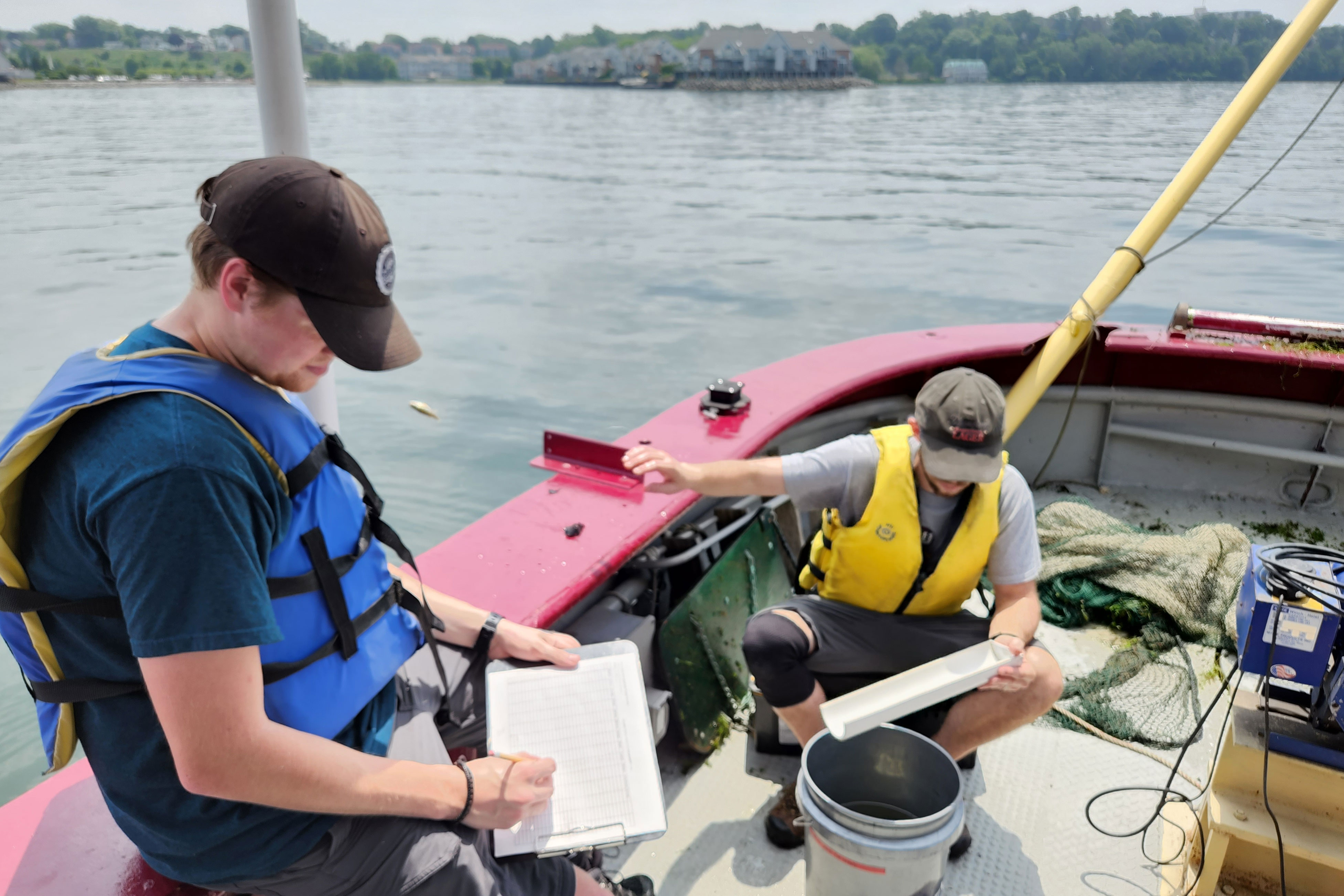 Although the Environaut has been a useful vessel during her tenure at the university, she is still over 70 years old. His age limits what he can do. Researchers focus primarily on the bay because of the ship’s limitations. Drones can be deployed over the vast water of Lake Erie and measure air quality to help determine water quality. But in general, Project NePTWNE includes the purchase of a new Environaut vessel (a cost of $3 million) that can confidently navigate open waters and carry all the equipment researchers need to deploy.

The Historic Union Fish Company building at 116 W. Front St. is located in the marina. The new Environaut will dock directly at the end of the pier. The building will be redesigned as the Great Lakes Education and Research Center. Samples can be transported directly from the container to the laboratory for testing. There will be fish and turtle tanks and aquaponics units on site. Redesigning the building into a research and education center will cost about $3 million.

The biggest threat to Lake Erie is pollution. Presque Isle attracts more than 4 million visitors each year, and those visitors spend an average of more than $80 per trip. And pollution is costly: it affects tourism, lakefront home values, the cost of cleanup, and increases health and welfare costs. Water quality in Lake Erie has come a long way in recent years, but the lake’s overall health is still rated “poor” according to the 2020 State of the Great Lakes Report, and has the worst quality of the water of the Great Lakes. .

Monitoring pollution and the overall health of the lake requires equipment. Equipment for an advanced polymer science laboratory at the research and education center will cost about $10 million.

In 2020, Gannon University deployed a special buoy. The buoy was designed to remove plastic particles from the water. It was equipped with a solar panel that powered a water pump. Lake water was pumped through a specially designed mesh. The mesh picked up nanoplastics (plastic particles that are created when manufactured plastic breaks down).

Through Project NePTWNE, a new manufacturing arm will begin producing equipment in two weeks at I-HACK (Gannon University’s Institute for Health and Cyber ​​Intelligence). Nanoplastic collection buoys will be manufactured at the facility. The facility costs about $5 million.

Neural networks will be operationalized through the NePTWNE project for mitigation. Neural networks can be simply explained as artificial intelligence.

Using neural networks, the NePTWNE Project will predict weather and tidal patterns. It will analyze the data and help determine where the buoys should be placed to be most effective.

The greenhouses, as previously stated, will grow native plants to replace invasive plants at Presque Isle State Park. The greenhouses cost $2 million and have received grants.

In addition, Gannon University hopes that the NePTWNE Project will help develop environmental and health policies and programs. Iwanenko later said that this could lead to new courses and curricula to offer majors focused on environmental sustainability. This development could be priced at $1 million.

“Being a Catholic organization, we have the obligation to look after Mother Earth and our environment. And that influences the people who live in the region,” Iwanenko said. “An unhealthy Lake Erie leads to unhealthy people.”

Will families come to Erie specifically to visit the research and education center? May be. But students will come to Gannon University to participate in research. It has already strengthened partnerships between the university and the Regional Science Consortium and Penn State Behrend. It could create relationships with other universities that study fresh water that could send researchers to Erie to collaborate.

“This is a very high priority for the institution, for this project to help make Erie a destination,” Iwanenko said.

The manufacturing arm will not always be producing buoys. When not, local companies could contribute their designs to be manufactured at I-HACK. And Gannon plans to bring in local manufacturers to train them on state-of-the-art 3D printing equipment.

“What we recognize is that Erie is only as strong as its community partners, and Gannon is one of those partners,” Iwanenko said. “As a good neighbor, how do we treat the ecosystem that surrounds us? And not only the environmental ecosystem, but also the economic ecosystem. With any project, we look at what jobs it will create and hope not only to bring in talent, but to keep it. We want to figure out how to get them to call Erie home, to stay here, to work here, to learn here, to live here and to make Erie their home.”