Rain, snow and freezing temperatures are on their way to Central Oregon, but that doesn’t mean it’s time to put away your fishing gear.

Fall is a great time to wet a line in the High Desert, as there are plenty of river and lake opportunities for fall and winter anglers.

Here are some options for fishing in Central Oregon this time of year.

During the fall, the section of the Deschutes River just below Benham Falls can provide productive fly fishing for anglers looking to land rainbow trout, brown trout and whitefish. And fishermen can often have the water practically to themselves.

The river above Benham Falls was closed to fishing on September 30, but the section from Benham Falls downstream to Bend remains open year-round and offers incredible scenery as well as fishing.

Trout in this stretch of the Deschutes range from about 6 to 12 inches, according to the Oregon Department of Fish and Wildlife, but there are also plenty of fish in the 14- to 18-inch range.

As the creeks close in the fall, the water drops in this section of the Deschutes, making fishing a little easier.

Nymphing below the surface of the water is usually the best option in the fall, but overcast days can bring blue-winged olive hatches and make dry fly fishing an option.

An angler fishes a section of the Deschutes River below Dillon Falls.File photo of the newsletter

The Fall River southwest of Bend remains a reliable trout fishery during the fall and winter months of each year, even when the river gets heavy pressure from crowds of anglers.

The Fall River Hatchery, about a 45-minute drive southwest of Bend, is a popular fishing spot, offering easy river access and plenty of places to catch rainbow or brown trout between 12 and 14 inches.

meandering serenely through meadows and pines southwest of Sunriver, Fall River is open to fishing year-round. Because it is a spring-fed stream, its flows and temperatures do not fluctuate and the fishing remains constant throughout the winter.

The Fall River flows east for 8 miles from its headwaters before emptying into the Deschutes River near La Pine State Park.

Trout are visible in the calmer, clearer sections of the Fall River, including the stretch past the hatchery, and often anglers will spot trout in the river and then cast to these fish. Fall River is home to rainbow trout up to 4 to 6 pounds and brown trout up to 8 pounds.

The Metolius is known as a challenging river, but the possibility of landing wild rainbows and bull trout brings anglers to its banks year-round. Unlike other rivers, fish numbers in the Metolius remain constant from summer to winter, and the river often has more insect activity during cooler fall temperatures than other streams due to of its constant water levels and temperature, according to the ODFW.

Located northwest of Sisters, the Metolius is limited to fly fishing with barbless hooks. Some of the best fishing is in the stretch between Wizard Falls Fish Hatchery and Bridge 99. The upstream section of the Allingham Bridge closes to fishing on October 31st.

Metolius rainbows average about 14 to 15 inches, while bull trout weigh 6 to 7 pounds.

Both species are often found in deeper pools. 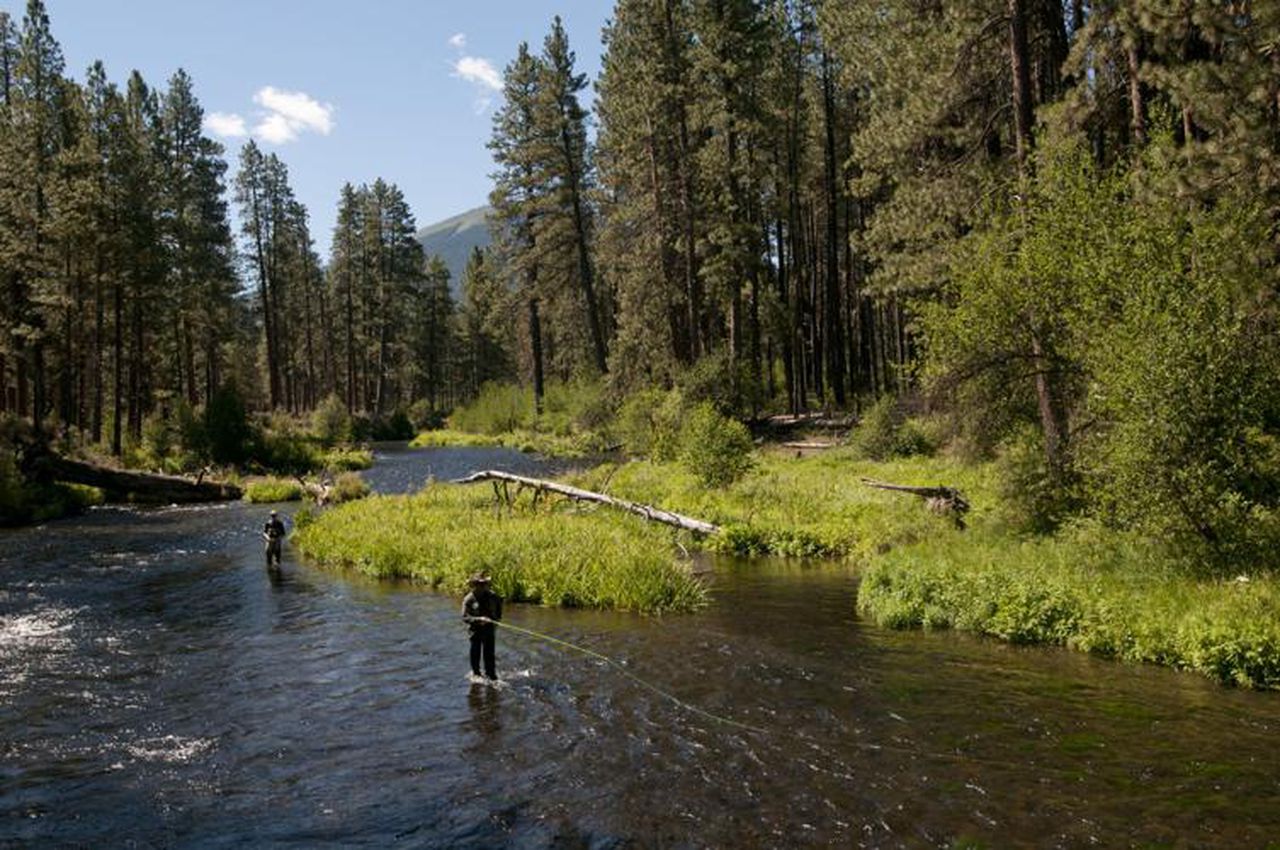 Fly fishing in the Metolius River.File photo of the newsletter

Lakes of the Cascada Alta

Anglers still have time to fish the high lakes before they close for the season or winter weather makes them inaccessible.

Crane Prairie Reservoir, Wickiup Reservoir and Odell Lake close to fishing for the Oct. 31 season, but most other high lakes in Central Oregon are open year-round, weather and access permitting they allow it

The Deschutes County Road Department notes on its website (deschutes.org/road) that it will close Cascade Lakes Highway and Paulina Lake Road for the winter season on Nov. 15, leaving more than three weeks for those who want to fish in the high waterfall. lakes this fall.

Paulina and East Lakes in Newberry Volcanic National Monument east of La Pine are good places to fish in the fall before the snow piles up. Large brown trout are often landed in these lakes in the fall.

The kokanee that spawn in the shallow waters of East Lake this time of year bring large rainbow and brown trout close to shore, providing opportunities for anglers without boats.